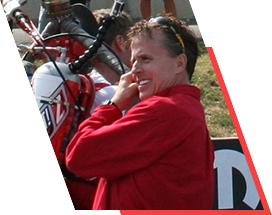 Troy Widgery was no ordinary little boy. At the age of four, he had begun to race quarter midget race cars, and was quite good at it, too. At age seven, he began racing motorcycles, and by the age of sixteen, he was taking to the skies, skydiving. As the founder of GoFast! Energy Drink, and his brand new venture, Apollo Energy Gum, Troy’s commitment to pushing higher and farther is the fuel behind Jet P.I. He was a member of the world-class Air Moves Skydiving Team and loves nothing more than the thrill of flying through the open air thousands of feet above the Earth. 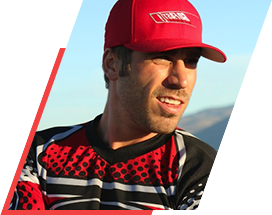 Nick Macomber was born in Fairbanks, Alaska and has always been athletically gifted. Growing up, Nick was an avid snowboarder, skateboarder, and surfer, won two state championships in Hockey and participated in basketball, football, baseball, and soccer. Oh, and let’s not forget he also enjoys hunting and fishing. When he was tasked to fly the jetpack, it took him only two weeks to master the craft. On his 18th flight, he flew over a house and in November 2008, he flew over the Royal Gorge. 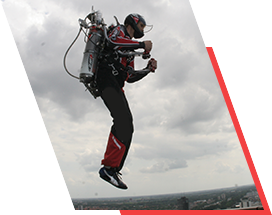 Born in Helena, Montana, Eric has always had a knack for flying. He joined the United States Air Force after graduating high school and then took to the skies as a member of the Para-Rescue division. After leaving the United States military with honors, Eric made his way to Los Angeles, CA where he began a career as a stuntman. During a stunt in Texas, he had his first encounter with a jetpack, and since has devoted his life and career to becoming one of the most experienced jetpack pilots in the world. Eric continues to fly for Jetpack International, always pushing the envelope of what is possible as he tirelessly pursues what he calls, The Best Job in the World. 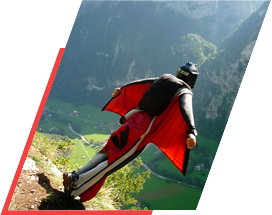 Boyd’s pursuit to experience and understand the magic of flight and mechanics took root during his earliest years living in Golden, Colorado. Always thinking and tinkering, Boyd experimented with rockets and parachutes in his early childhood and trained daily as a competitive water skier, which fueled the interest and discipline to earn a pilot’s license and spark a lifelong entrepreneurial career from the age of 18. Boyd has designed patented composite parts and processes for the aerospace and sporting goods sectors, has over 6,400 skydives, 350 BASE jumps, was a sponsored paraglider pilot, and is a competitive high-performance parachute pilot. He now focuses his 3D CAD modeling, flight experience, and ambitious flight design goals into pushing the boundaries of flight for Team Apollo.